Computers are available for 60 minute appointments, reservations are required. Please call the library at (630) 834-1164 to make a reservation. For more details about services currently being offered, please contact the library or visit: https://www.vppl.info/library-services-covid-19-update/

Celebrate Black History Month with one of these books. Go online, or call to place your holds or check out our display on the second [...] Continue…

Introducing the Staff Picks of 2020! Scroll through to see recommendations for a variety of materials! Clicking on each picture will take you to more [...] Continue…

You've taken shelter from a terrible snowstorm, and find yourself in a cabin with no way out except for a mysterious door covered in locks...do [...] Continue… 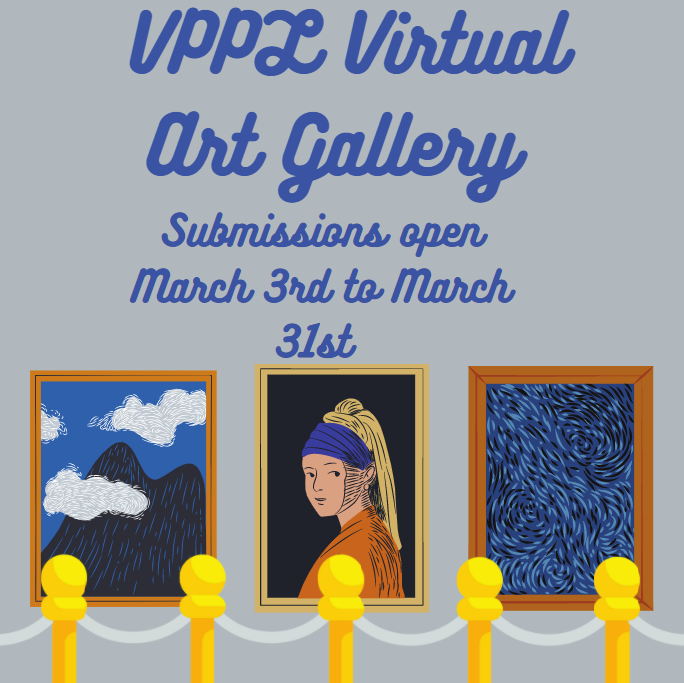 Submit your artwork, be featured in an online gallery, and be entered in a drawing for an Amazon gift card!

The VPPL Virtual Art Gallery is a digital display of visual arts for those in grades 6 through 12. Any visual art (pencil, oil, acrylic, ink, watercolor, mixed media, oil pastels, photography) can be submitted. Limited to one entry per person, all participants will be entered into a drawing for a $25 Amazon gift card. A winner will be chosen at random.

Entries which do not meet the requirements as put forth in these rules may be disqualified.

Want to stay updated on all the new titles available through our library system?  NextReads newsletters keep you informed on the genres of your choice via email.  Subscribe now and discover a new page turner! 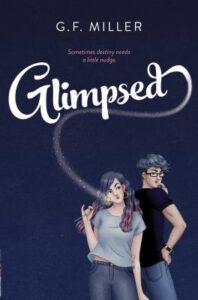 This book has a creative and fun take on what it’s like to be a fairy godmother in modern society, specifically high school. Charity feels she’s living her life to the fullest doing what she does best: making other people’s happily ever after’s come true. All is going well until someone finds out about her secret abilities and starts blackmailing her into no longer granting wishes. Perhaps the “happily ever afters” Charity has been creating aren’t all they’re cracked up to be?

This book involves the normal quirks you can expect from most teen books but was a rather enjoyable read. If you enjoy teen romance or a lighthearted story and are looking for a new book to try, this might be the book for you. 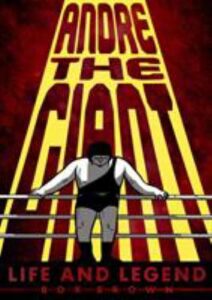 In this richly detailed graphic novel, Box Brown humanizes Andre Roussimoff, better known as Andre the Giant. Behind the larger than life persona was a gentle giant, a man who was dealing with acromegaly, a disorder which led to his gigantism. Drawing from historical records and  anecdotes Brown details the adversity this gentle giant faced in this engaging life story of professional wrestling’s first superstar. 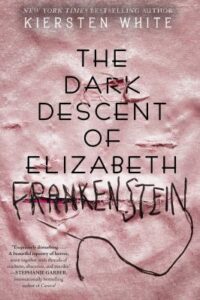 The Dark Descent of Elizabeth Frankenstein tells the story of the original novel from the perspective of Dr. Victor Frankenstein’s future wife, the morally ambiguous Elizabeth Lavenza. Born into a life of poverty and misery, the Frankenstein family – especially lonely, odd Victor – is Elizabeth’s only hope at a secure future. Taken in by them as a young child, Elizabeth spends over a decade ensuring she is indispensable to Victor and shaping a future where she lives comfortably as his wife. But as she follows him on his studies, Elizabeth realizes she may not know Victor at all – and it may be too late to escape the life she’s created.

This gothic horror novel is unapologetically feminist; the terror stems not from Victor’s objectives but from the helplessness of being a woman in the late 18th century. With a slow burn to an explosive final act, both fans of the original and those unfamiliar with Shelley’s story will find something to appreciate in White’s retelling. 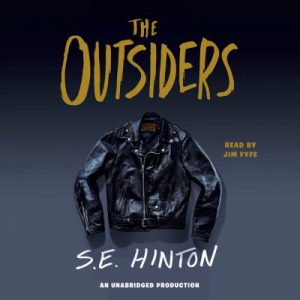 A poignant tale of a teen navigating the loss of his parents, while also dealing with gang wars, peer pressure, and trying to find his own identity in the midst of it all. Torn constantly between his love for his brothers, but also feeling as though his older brother doesn’t love him, that he’s not good enough in his eyes, he is also experiencing concern for friends and trying to reconcile his high intelligence and academic acumen with the expectation to be a street gang tough. A real coming of age story, I would have loved a follow up book. 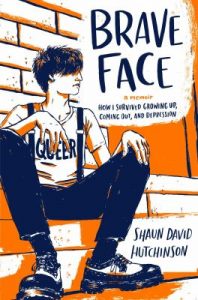 Hutchinson, a noted YA fiction author, shares his experiences growing up with ADHD, depression, and homophobia in the American South.

There wasn’t much support or direction for young gay men in the early 1990’s. Queerbashing was common and even recreational, and AIDS was tearing through the communities of those who could have been his mentors. The world was telling him he had no future and no hope of loving or belonging; his depression told him he was not worthy of success or love.

This is an “it gets better” story but getting to better is a long process. Hutchinson is okay with himself and where he is now; still, be aware this book contains suicidal ideation and a suicide attempt. Notably, the author includes trigger warnings at the start of his memoir and just before the suicide attempt.

We know you aren’t supposed to judge a book by its cover, but can you GUESS the book from its cover? Click on the covers to find out if you guessed correctly!