September 7-28 Mondays & Thursdays • 10:30 am (Walkers) Stories, musical activities, rhyming games, and playtime for toddlers! Sign up for one of the sessions to get emailed links [...] Continue…

September 8-29 Tuesdays & Thursdays • 9:30 am (Infants & Prewalkers) All babies are born to read! We will introduce the world of language and books to infants [...] Continue…

You've gone down the rabbit hole and find yourself in a topsy-turvy world...do you have what it takes to escape and return home? Tweens (and [...] Continue…

Want to stay updated on all the new titles available through our library system?  NextReads newsletters keep you informed on the genres of your choice via email.  Subscribe now and discover a new page turner! 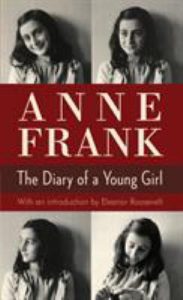 The Diary of a Young Girl
Anne Frank
Find in Catalog

A historic and iconic piece, The Diary of a Young Girl is a first-hand telling of Anne Frank, a young Jewish girl, and her experience living in hiding with her family during WWII. Through her own words, we are told not only about her experience in hiding but her relationship with her family, the other families staying with them, and her dreams for life after the war. It is a captivating story about the tragedy of war and the thoughts and hopes of a young girl who remained optimistic despite her devastating circumstances. 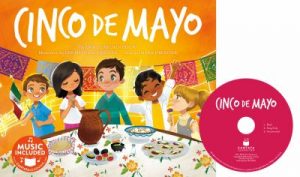 Cinco de Mayo is Spanish for the 5th of May. On this day back in 1862, a significant battle was fought between the Mexican and French soldiers. In honor of this day and event, it is celebrated on May 5th every year by its people through dancing, music, food, and drink unique to Mexico’s culture. 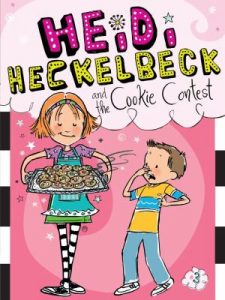 This is a colorful and amusing story about a girl named Heidi who anxiously wants to enter the cookie contest at Brewster Elementary with the family’s famous Chocolate Chunk Cookie recipe. It’s not until her worst enemy Melanie Maplethorpe laughs at her and says her cookie is “blah,” that Heidi decides to jazz up the recipe so that her cookie entry is SURE to win! Or will it, especially, after Heidi consults her Book of Spells?

The Heidi Heckelbeck series of books are excellent chapter books and perfect for the “beginner” reader. Heidi learns a valuable lesson after her chance of winning crumbles. The suggested ages for this series are from 5 to 7. The author gives the reader a sneak peek to another book in the series Heidi Heckelbeck in Disguise. 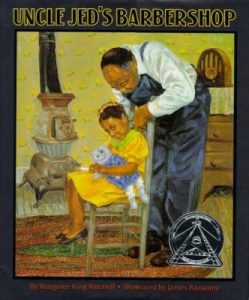 Uncle Jed’s Barbershop offers a soft education of America’s unjust past for young hearts. Uncle Jed teaches us that no matter who or what stands in our way, we can always achieve our dreams with a little perseverance and a whole lot of love. 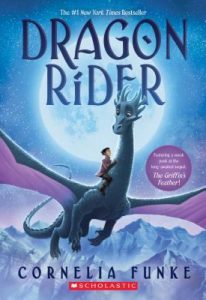 When his hidden world of the silver dragons is threatened, Firedrake sets off to find a legendary dragon sanctuary rumored to exist in the Himalayan Mountains and save his friends. Accompanying him on his journey to this new haven is a brownie named Sorrel and a human boy named Ben. Together, the three meet humans and other fantastical creatures, friend and foe, as they search for the Rim of Heaven. Will they succeed, or will they fall prey to The Golden One?

Though it started a little on the slow side for me, I enjoyed this story. It was a fun adventure with different fantastical creatures and a new take on dragons–Firedrake’s species of dragon lives on moonlight. Instead of having to hunt, he needs the light of the moon to survive. This exciting twist comes into play on a couple of occasions in the plot. I found the characters enjoyable and the storytelling engaging. Recommended for kids (and adults) who like dragons and having dragons as one of the main characters.

Looking forward to reading the second book in the series! 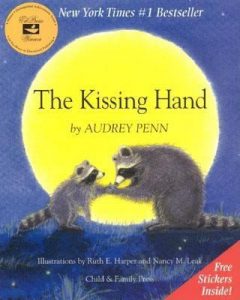 Fall in love with little Chester as he learns what it means to be brave with his mother’s love in the palm of his hand. Cozy up with your little one and this preciously illustrated tale, and remember that familial love can help us conquer any fear. 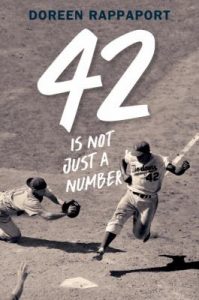 42 is Not Just a Number
Doreen Rappaport
Find in Catalog

Can you imagine a young child who was told they couldn’t swim in the same pool as some of the other kids or couldn’t eat their meal at the same counter in a restaurant as the other customers? Or later, when older facing racial prejudice while serving in the U.S. Army simply because they weren’t the color as the other soldiers? Well, baseball’s Hall-of-Famer Jack “Jackie” Robinson was this very child and the young man who dealt with racism during the 1930s and 1940s. He was the very first to have broken through the color barrier in Major League Baseball through his magnitude of athletic talents (along with the help from Branch Rickey of the Brooklyn Dodgers in 1946) and his depth of courage, strong beliefs, and character. He was taught to fight back early on against cruel and violent hatred and racial injustice throughout his youth. Later in life, Jackie let his talents do the talking.

With its 21 short chapters, this biography tells a story of courage, self-control, and perseverance of a remarkable man and his phenomenal ability to play the game of baseball. Another book for enthusiasts worth checking into is Promises to Keep: How Jackie Robinson Changed America, written by his daughter Sharon Robinson. Though this 2020 Caudill nominated book is a great, captivating read, I thought it could have included photos more than those on the covers and a bit more story-line as to Jackie Robinson’s later achievements. Definitely a must-read about a fantastic human being and his extraordinary life proving that 42 is indeed not just a number!

This title is also available in digital formatting online with the Swan catalog and Hoopla. Suggested ages are 8-12 with a Lexile Reading Measure of 1010L. 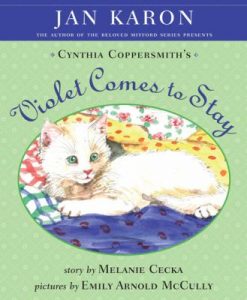 Violet is a sweet little kitten who cannot kill a mouse no matter how hard she tries. After two different owners who didn’t think she was good enough, a third finally loves her for who she is. Violet teaches us that sometimes it takes a while for us to find our place in the world, but when we do, we see that it was worth the wait.

Looking for something new for your child to read? Are you a teacher looking for something to read to your children? The Villa Park Public Library has a fantastic Readers Advisory staff that is happy to recommend all sorts of genres and titles. Whether you’re looking for new authors similar to old favorites, or you’re ready for something completely new, our staff is here to help. They organize fun programs like Toddler story and song time to help make reading a more social experience. These folks know their stuff!

Looking for a Recommendation?

If you’re looking for a recommendation you can contact one of the readers advisory staff.